Richard, I had a recent visitor, and I thought it would be nice to invite you to the conversation–you see, not all Free Masons are asshat neckbeard scum like the kind you are dealing with in Mississippi.

You see, many of us “good people” out here feel that it’s good to be vigilant, while others feel its OK to be a vigilante’–see what I did there!–so, not all people are created equal. There are two side to every discussion online and off.

And we do worry about our children, those of us who have them, or who have lost them to the evils of the world.I think that I am not worried in any way that you have ever or would ever harm a child. I am certain as your life hangs like Hiram Abiff, over a grave, that you are not what they say you are. I am certain of that, and the evidence INDICATES that.

To the entire world, I would say this: I have no fear of Richard Moore of the North Mississippi Anti Gang Stalking Association–other than that if he were around my kids he might preach religion!

As a non-theist, whose guinea pig is my higher power, I can say with 100% certainty that Mr. Moore would make a great “crazy uncle” for any kid–if he could just STFU about religion! Go start a church already Richard! And keep religion out of it! Teach VALUES, and MORALS, and contrast your experience with law, and society–comment on William Faulkner ever now and again!

In your area–a world-wide dialogue has been taking place since the 1950’s between Masons of all types–and you are indeed “onto something.” Keep it up. Times are hard–study “Thomas Paine” and how “free thought,” and “free-speaking” people have been targeted by Bavarian Masons since the US civil war and before it! Paine died penniless, while Washington stole the land he promised to his own soldiers–Free Masons are enedemically corrupt!

But know this: the world is full of false relgion–and the KKK/Nazi’s in your area have stolen and failed in their duties, and will ONLY continue to fail thir obligations to humanity–they are not ” real Masons” by any stretch. They are “false teachers.” Nothing more, nothing less–the rubble of crafted stones that came before them, attempting to say (out loud, nonetheless) “I have known the builder!”

Sure they have….because if they did? You would have been vindicated or sheltered long ago! Um…nope. None of them know the builder. Nor will they ever see the faintest hoot of wisdom ever again–they are chaff. You are wheat.

And for anyone sending trained owls by his house–that’s plain ridiculous poppycock, and no legitimate Mason would be doing that–it defies the laws of thrift–its a waste of time! And, cowardly too.

In fact–some Free Masons, it turns out, really do believe in “forgiveness” which is considered “manly.” Yet as you see with those boy-loving Confederate re-enactors in your area, and their associates in policing–not all Masons are created equal, nor can they even forgive themselves for the filth that they are involved with–nor should they.

And, yes you are indeed right about those owls! Reference this post about hoot owls in case you have forgotten. Then, take a look at these two posts below, starting with that art of “manliness” and then the finer art of “forgiveness.”

The problem seems to be though, that you are asking the descendants of people who believe in slavery for respect–and you won’t get much of it there in Lynn Fitch’s state. And for the record, it is they that should ask YOU for forgiveness, not the other way around. Well–just my two cents. Take a look!

About manliness, this first appeared in it’s origial form in “The Art of Manliness,” and later was revisited by some California Free Masons. As you might be able to guess, even forgiveness has different definitions–and different cult practices that go along with it. As you are trapped there in the anus of the US, maybe consider that vengeance is yours should you choose it–and so is forgiveness.

Is Forgiveness Manly? WHY LETTING GO OF GRUDGES IS THE STRONGEST MOVE OF ALL–This article first appeared on The Art of Manliness blog by Bro. Brett McKay of Veritas No. 556 in Oklahoma. Read more at ArtofManliness.com.

The idea of justified revenge is one of the most common themes in literature, movies, comic books, and even video games. From the Count of Monte Cristo to The Punisher to Red Dead Revolver, revenge is often the driving force behind our most popular stories. For thousands of years, we have cheered the manly and heroic character who personally sought to avenge the wrong done to him or to his loved ones. The more perfect and complete his plot for revenge, the colder the dish served, the more delicious and admirable we find it. When the evildoers finally get their comeuppance, we are filled with vicarious satisfaction.

The great satisfaction we derive from stories of revenge is understandable. Revenge played a healthy role for much of our evolutionary history. Within tribes, revenge ensured that misdeeds were punished and deterred would-be wrongdoers from committing egregious acts in the first place. Eye for an eye. It was a rudimentary but effective way to mete out justice. And since it was men carrying out this basic form of law enforcement, perhaps we shouldn’t be surprised that our brains appear to be hard-wired toward justice.

So if the desire to seek revenge comes so naturally, why should we attempt forgiveness? Is forgiveness manly?

Richard–read through that linked piece–I put it here because its a slap in the face to decent citizens to see what those Masons are doing to you in Mississippi–and the research you have provided indicates that you are about 80% correct that it IS Free Masons harassing you–shame on them!

Then, read through this below–it’s about the Masonic owls (and the CIA owls, and the hoot owls…no kidding, there are some demented asshats in secret societies, who have really seriously twisted, corrupted practices and beliefs–they are only Mason’s amongst themselves and those like them –but there are ALSO good people OUTSIDE of those local temples–look for THEM.

But how will you know them? It’s written “you shall know them by their works.”

Pallas Athene (or Minerva to the Romans), the goddess of wisdom, honored the owl as her sacred bird. The owl was recognized as an emblem of penetrating sight and intelligence. It was considered to be a favorable omen if an owl was spotted on the battle field or at times of crisis. The Athenian silver tetradrachm bore the owl (Athene noctua); and owls were protected and thrived in great numbers at the Acropolis of Athens (a temple dedicated to Athena).

The Bavarian Order of the Illuminati 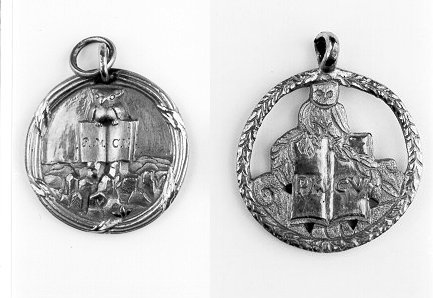 Minerval Seals of the Illuminati: two of three known to still exist. P.M.C.V. stands for Per Me Caeci Vident (Through me the blind become sighted). An owl holding an opened book (signifying learning), surrounded by a Laurel wreath (a symbol of learning or graduation); Per Me Caeci Vident was a reminder to the Superiors of the class, whose responsibility it was to properly instruct the Minervals. These medallions were worn around the necks of Minerval initiates.

For a secret society called the Order of the Illuminati – emulating the ancient schools of wisdom, and having a “Minerval Academy” as a foundation – would there have been a more fitting symbol than the Owl of Minerva?

The class of Minerval was a relatively low rank in the scheme of things. However, it was the soul of the Order, and functioned as a sort of assembly line for recruits.

Candidates advanced from Novice to the Minerval degree, where they were properly vetted, scrutinized, and indoctrinated. The Quibus Licet notebooks were introduced, maintained and thoroughly kept (which eventually turned into a detailed history of yourself and those around you). You were admonished to gain wisdom from figures in ancient Greece and Rome; essays were required to pass the test; and the art of Scrutator (or Physiognomy) was elevated to a sacred science. The Minerval Superior – a Minor or Major Illuminatus – was given the code: Nosce te ipsum; Nosce alios [Know thyself; Know others]. 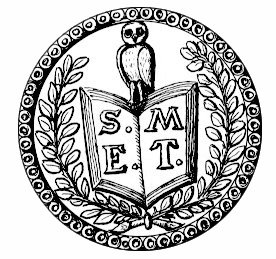